To be a successful network marketer, you have to know how to invite prospects in the network marketing. This may include inviting and approaching friends as well as strangers. In this video, I provide invitation techniques for network marketing, to help you get started.

To have an effective invite, it’s way more important to know your audience than the actual words that are coming out of your mouth.

Hey, everyone, Brandon Cunningham here from the CunninghamCollective.com. Go check that website out for lots of videos that we have on topics about network marketing, about money mindset, and about leadership. It’s our goal to help you turn your side gig into a big, big, big future for you and your family.

So this topic is one that I enjoy speaking about because over the years I’ve heard the debate so many times on what to lead with, product or business, and the reality is it’s more important to know who your audience is and what class and how they fall in levels of influence than the actual invite itself. Let me explain.

For those of you that watch sports, I love football, listen. When a head coach is preparing for their opponent, your friends are not your opponents, they’re your friends. However, when these head coaches are preparing for the next opponent, they will put a game plan together that specifically gives his team the best chance to win the game based on that opponent’s abilities. They don’t run the exact same play play after play after play or the same play they used the last week, exact same sequence. It’s different every time. And the same thing should be for how you invite.

Inviting People Who Look up to you

The first group, people that look up to you. Now, before I get into that, how do you know? How do you know where you fall? I always tell people, if someone calls you to invite you to go to lunch and you don’t really care the dress code, like, “I’m just going the way I want to go,” that means they don’t exercise much influence over you and you’re going to show up the way you want to show up, right? That would be people that look up to you.

If you’re a little concerned, like, “Hey, I don’t want to be overdressed or underdressed,” that’s kind of your peers. And if someone really important to you, someone that has had a lot of influence over you, someone that’s on your chicken list would invite you to lunch, you probably wouldn’t ask them how to dress, you would do your very best to dress in a way that you knew would show respect to them and the meeting that you’re having together. And you should handle the invites the same way.

So let’s get to those people that look up to you. That invite is very much like, “Listen, I’ve got a hold of some things that are… I’ve got ahold of information I’m really excited about. You’ve told me in the past that you would love to partner with me or you’ve shown me in the past that you were entrepreneurialistic,” or whatever it is that they’ve shown you, “I’m excited about this thing. You should check this out.” All right? So it’s a little stronger approach.

How to Invite Friends in Network Marketing

Second group, people that exercise maybe some influence on you a little bit, your peers, people that you are kind of worried about their opinion. You still handle that with tact and courtesy. However, those are the folks that you’re probably going to want to use your system that your company has in place for you so you tailor the invite for them. And I’ll tell you briefly how exactly you can do that.

But your system should act as filters. So when you’re looking at your entire database, there’s a small amount of people, usually, that you exercise influence over, there’s a larger group of people that’s kind of your peers, and there’s a small group of people that exercise influence over you. The vast majority of the time, you’re around people much like you, your age, things you like to do, that’s your peers. And for those people, you should have a system in place that sifts and sorts. And that system should be pretty simple of just asking to see if they’re open to some information that you’re excited about. You share something quick that they can either watch or read and then from there you follow up and put them into the next step. All right?

And the system itself, really, you should think of as filters, right? You’re going to invite them and you’re going to get a response. Whether they get on your tool, your video, whatever is the second step, and then you follow up again. They’re probably going to either give you a yes or no, which leads to the next step. All right? So just think of your system as filters. And they usually have to go through two or three filters before they’ve got enough information and are ready to say, “Yes.”

Inviting People Who you Look up to

However, this third group of people, the people that exercise influence over you, I don’t personally recommend you putting them through the same filters or the same system that you put through the other people. Those are the people that you’re going to want to handle a little bit differently. You’re going to want to give them some special attention. And so in doing so, that’s how I invite. I invite in a way where they know for sure, I look up to them and I’ve got something I’m excited about and I simply want them to take a look for me because I respect their opinion. And in doing so, I will kind of cater how I handle the invite, the follow-up, and a lot of times, our third part of this is the validation piece, three-way calls, messaging, and the sort.

Now, one clue I will give you is: you need to either use your memory or social media to give you some insight as to how to tailor this invite. People, if you listen closely enough, you’ve all heard the saying, right? Two ears, one mouth, we need to listen more. The more you listen, people will tell you everything you need to know to craft the perfect invite for them. All right? If you’re in a health and wellness business, some people you know will have the conversations about their health and maybe, most likely, things that they’re not happy about and that’s everything you need to craft an invite like, “Hey, the other day you said this about your health, were you being serious?” And they’re going to say, “Of course.” And that’s your opportunity to say, “Listen, it wasn’t the right time then, but if you’re serious about that, there’s something you need to know.” All right? Maybe it’s something they’ve said about their job, insert the exact same way.

Now, maybe it’s somebody that you haven’t talked to in a while. Go onto social media. People are using social media as their psychiatrist. All right? It’s a little entertaining, a little scary at times, but if you go on social media and look at a few of their posts, there’s so much you can do with that if you’re being authentic and you really want to help them, right? You can simply say, “Hey, I saw a few of these posts, it leads me to believe this is kind of where you’re at. Is that the case?” “Yes.” “There is something you’ve got to know.” Enter your invite.

So if memory’s not there or you’ve had a long time since you’ve talked to them, go to social media, but make it a habit when you’re around people to listen more than you talk, it’s much better to be interested than interesting.

And final thing I want you to realize is timing is everything. When we were introduced to network marketing, it was at the perfect time. However, if we just went back in time a couple of years, the same person inviting the same way to me, I would not have been interested.

The point is I’m the same person and the invite, if it was the same, would have had drastically different results. Please understand that it’s not you, it’s probably not your invite. Okay? Now, hopefully, the things you’ve heard here in this video is going to help you understand a little better the three classes of people and how to tailor the invite for them. However, please keep in mind that this is very much a business of timing and when the time is right, people will listen. If the time is not right, it doesn’t matter how well you’ve done in your invite or anything else, the timing has to be right now.

If you’ve done the invite properly, if you’ve done it professionally, it will open the door for you to follow up for months and years. If you invite wrong, if you just nagging and constantly after them and after them and become that guy, that girl, you won’t be able to follow up. And if the time ever changes for them, they are certainly not going to want you to be the one they talk to, they’ll be looking for somebody else to help them through the situation they’re in.

So anyway, be a friend, number one, and that will go a long way in this business. I hope this information serves you well. Subscribe to this page, share it with your friends, there’s a lot of things that we’re sharing here because we love this profession. I love business. I love helping people stop trading time for money. That’s the beauty of what we do so let’s educate some people together. Have a great day. Talk to you later. 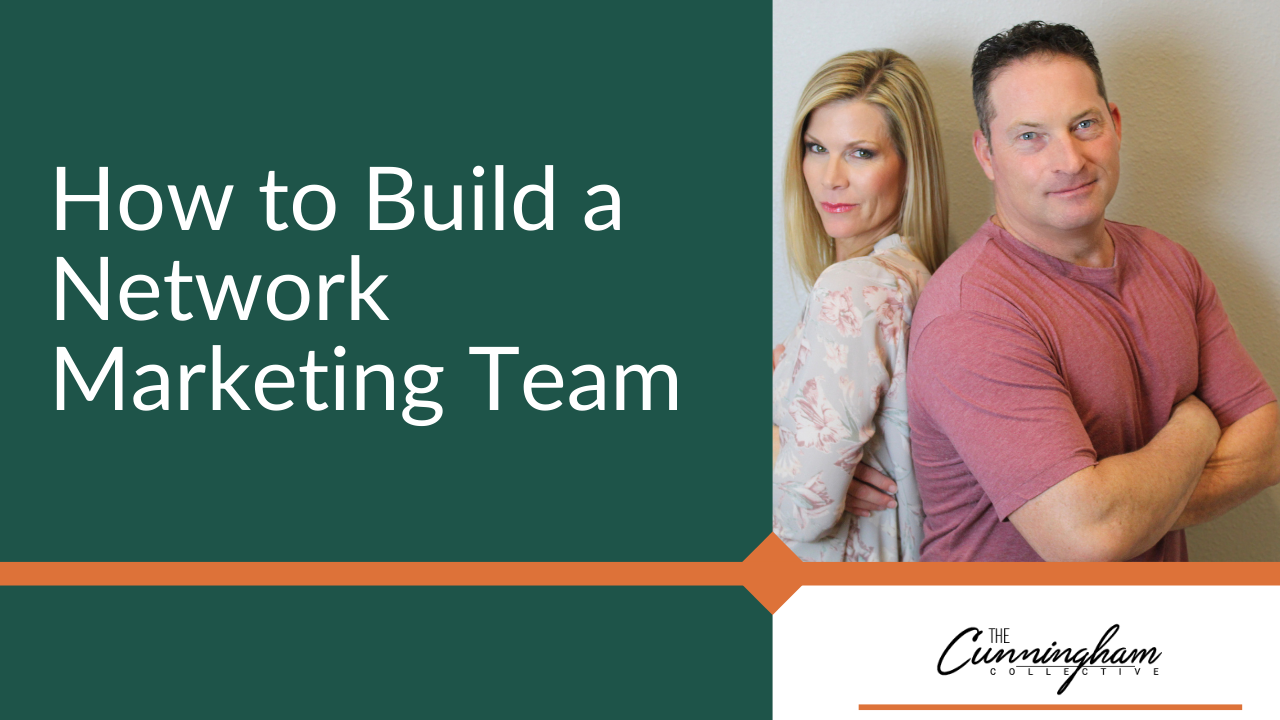 How to Build a Strong Network Marketing Team 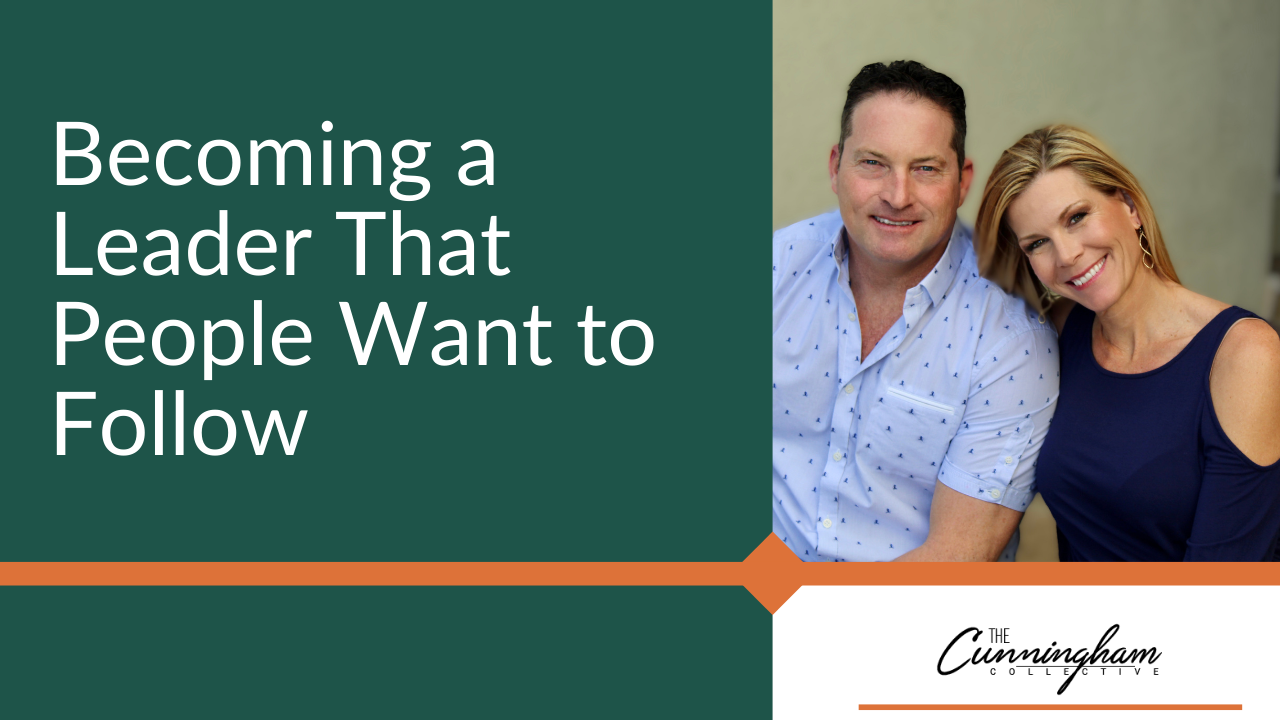 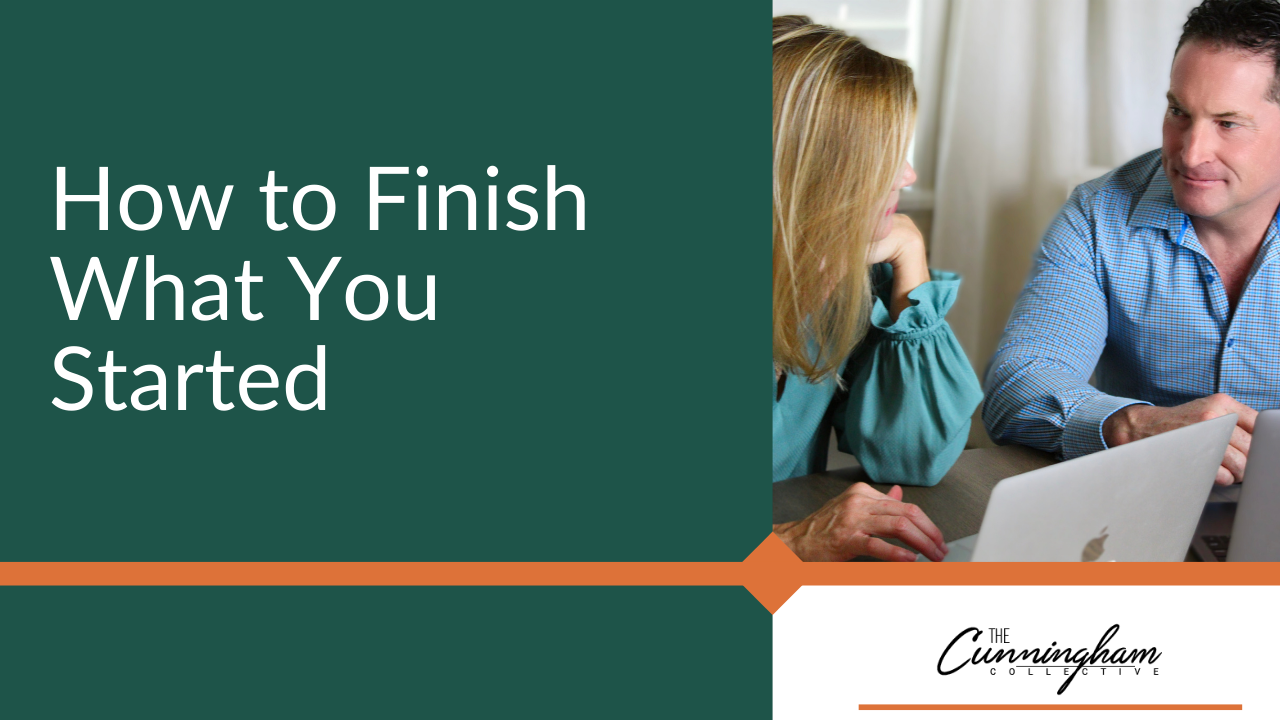 How to Finish What You Started